How much email is too much when it comes to fundraising appeals? 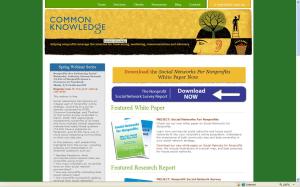 Jeff Patrick, president and founder of Common Knowledge, a consulting firm, promised that one of the four case studies he would present at NTEN’s Nonprofit Technology Conference yesterday would be “a juicy one,” but all four went a long way toward satisfying one’s appetite for solid results.  Here are some of the delicious tidbits that appealed to my palate:

“You can’t send too many email appeals.”  Knowing that fundraisers and direct mail experts assume that more frequent email appeals will wear out donors and lead them to unsubscribe from email lists, Jeff worked with a national veteran’s group to test whether high frequency email (2 direct appeals and 1 cultivation email with a “soft ask”/month) performed better or worse than low frequency email (1 appeal/month) in combination with printed direct mail materials.  The suprising result:  over a three month period, 23% more was donated by the group that received high frequency email.  (Test groups of equal size received either the low or high frequency email campaign.)  It’s true that the % of those opening these solicitation emails was a little lower among the high frequency group, and their average gift was lower, BUT because they were asked more often, more was raised.  Jeff’s tip:  don’t evaluate a tactic based on a one time experience; run the test over a time period.  He concluded, “Asking more (often) is okay as long as asking more has cultivation in it” — that is, information and stories that develop interest and relationship with potential donors.
A fast way to double your fun – well, almost – by using both online and offline channels in combination.  Jeff also presented a case study that demonstrated a way to jump start email list acquisition by using a company like FreshAddress to append household/address info with emails.   These list suppliers match your info with an email address and go through the work of getting people to opt-in to receive email; the non-profit only pays for email addresses they receive at the end of the process.  Remember that these constituents already know you, so you’re not spamming them.  They may unsubscribe at a higher rate (e.g. 1.5%) but they still give more just because you started communicating with them with an online channel.  Why acquire email addresses of existing donors?  Often, non-profits have large list of past donors with which they communicate by snail mail, but for whom they have no email address.  Jeff says that strong evidence points to the value of communicating BOTH online and offline.  Get this:  if you ask for donations both online (via email) and offline (via snail mail), organizations yield roughly 1 1/2 times the revenue than if they had used just one channel.
Got a new donor or contact?  Jeff recommends “rapid onboarding.”  Anytime someone shares the gift of their contact information with you, communicate rapidly and frequently with them over their first 30 days with you.  Jeff recommends sending cultivation emails twice a week for that getting-to-know (and love)-you period.
Jeff also did a show-and-tell of a Facebook Application he created for the Alliance for Lupus Research on Facebook.  I won’t explain it well but I hope that Jeff will blog about it in the next week or so, and if he does, I’ll share the link with you.  As he points out, Facebook is a great platform where people “meet up” in an environment that is almost SPAM free.  He effectively created a microsite for ALR within Facebook that went way beyond what you can do with Causes.
P.S.  Common Knowledge is also serving up a new white paper that looks interesting, Social Networks for Non-profits:  Why You Should Grow Your Own.  Check out the description about it here.  And just yesterday, Common Knowledge and its partners, NTEN and ThePort, reported that almost three-quarters of non-profits have a Facebook page, plus a whole lot more good data about social networks in the Nonprofit Social Network Survey report.

2 responses to “How much email is too much when it comes to fundraising appeals?”